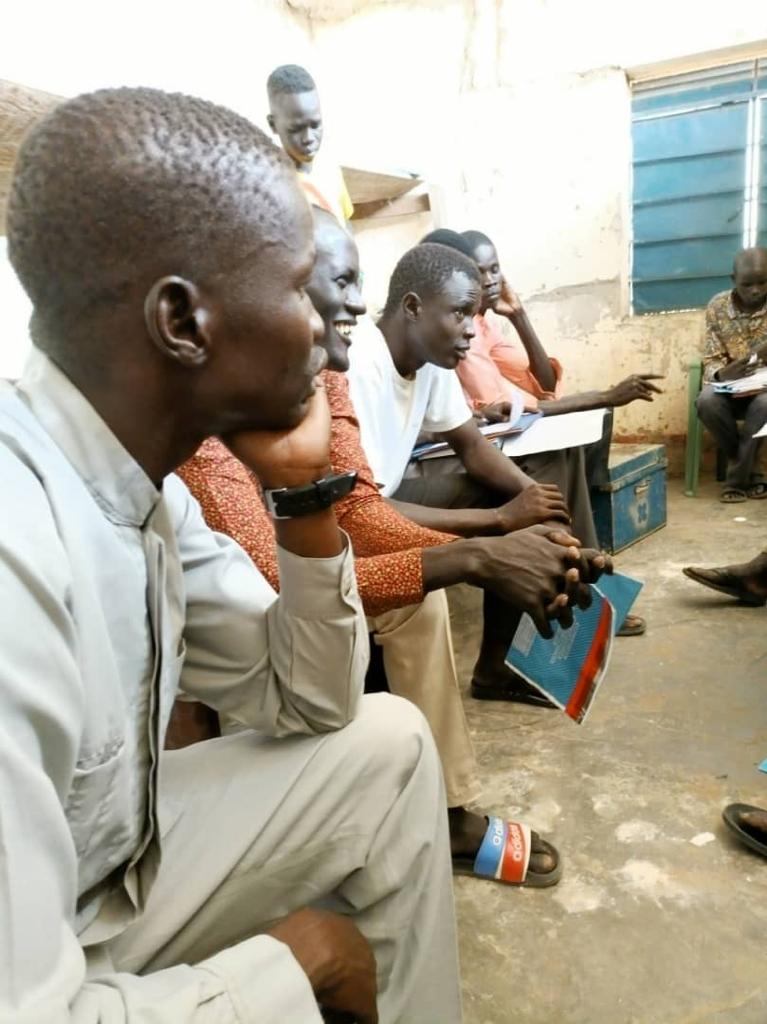 PASS was founded by Augustino Ting Mayai and Bol Deng Akech, both in South Sudan, and Fran Roby in the United States. The program operates under the oversight and direction of the PASS Board of Directors that includes members of the Apuk Padoc community, one chief, one educator and one elder, as well as the Executive Director.

The program has offices in the U.S. and South Sudan. The Headquarters, in Juba, South Sudan, is administered by the Executive Director (ED), who reports to the Board of Directors. The ED is the Chief Operation Officer and manager of the day-to-day activities of the program. Augustino Ting Mayai will serve as the ED for the first year of PASS.

Learn more about Dr. Mayai and the SUDD Institute

Why we established the PASS Scholarship

Located in Akop payam (district), Apuk Padoc is a small community in Warrap State, South Sudan. Its population is estimated in the range of 70,000 to 100,000, a vast majority younger than the age of 30 years. Devastated by intractable conflicts, this community has been deprived of development opportunities for centuries, exemplified by limited access to basic services such as education and health. This reflects the fact that only 27% of the South Sudanese are literate. In terms of gender, 40% among males and 16% among females are literate, according to the 2008 national census. Literacy rate in Warrap State is 16%. In Apuk Padoc, this number drops to a single digit.

The community has limited educational infrastructure, including permanent structures and well-trained administrators and teachers. These conditions demonstrate the need for programs that provide financial assistance for educational programs that will provide the community with a much needed trained labor force. PASS is one such program.

How PASS is funded

PASS is a non-profit, 501(c3) organization registered with the IRS in the United States and with the government of South Sudan. PASS is completely funded by sponsors and donations. PASS is staffed by volunteers, so more than 95% of your sponsorship or donation money goes directly to the students.

A former Sudanese Lostboy who resettled in the US in 2001, Augustino Ting Mayai is the current Director of Research at the Sudd Institute, South Sudan’s premier policy think tank. He holds a PhD  from the University of Wisconsin-Madison. He currently studies how state effectiveness affects health and educational outcomes in South Sudan and Ethiopia.
Augustino is the co-founder of PASS, and will be serving as the Executive Director for the first year, and leads the South Sudan branch of the Selection Committee.

Fran Roby was a Guidance and College Counselor in Minnesota for 33 years. He brings his passion, experience, and expertise assisting American students in preparation for college, as well as years of volunteer work with refugee and immigrant communities in Minnesota to the PASS program. Fran is the co-founder of PASS, and leads the USA branch of the Selection Committee.

Simon Bol Deng Akech is a graduate of the University of Juba and majored in agricultural engineering. His education largely focused on the mindset, function over form, and stability over showmanship. He conducts agricultural research to improve food production in South Sudan.  Simon is the first person in his family to graduate from high school and thus the first to attend the university. Simon currently works for Schlumberger as equipment and machinery operator.

Natasha is currently a tax attorney in Minneapolis. She has her JD/MBA from Willamette University in Oregon as well as a Master of Education from the University at Buffalo. Natasha has worked with various organizations all over the nation helping to bring services to vulnerable populations. Most recently she has been working with Rainbow Heath which provides health advocacy and AIDS/HIV awareness to the LGBTQIA community and a grassroots organization that is focused on feeding unhomed people in the Twin Cities.

Danielle is an educator, researcher, and performing artist. She holds a degree in Sustainability and Urban Studies from the University of Minnesota, an MA in Ethnochoreology (dance anthropology), a Diploma in Traditional Irish Music, and is a trained teacher in the Steiner/Waldorf School system. Danielle has worked with community leaders, policymakers, and grassroots organizations around the issue of unsheltered homelessness in the Twin Cities, and works in youth development. Danielle's work in the arts addresses issues of modern and historical cultural identity through cultural practice.